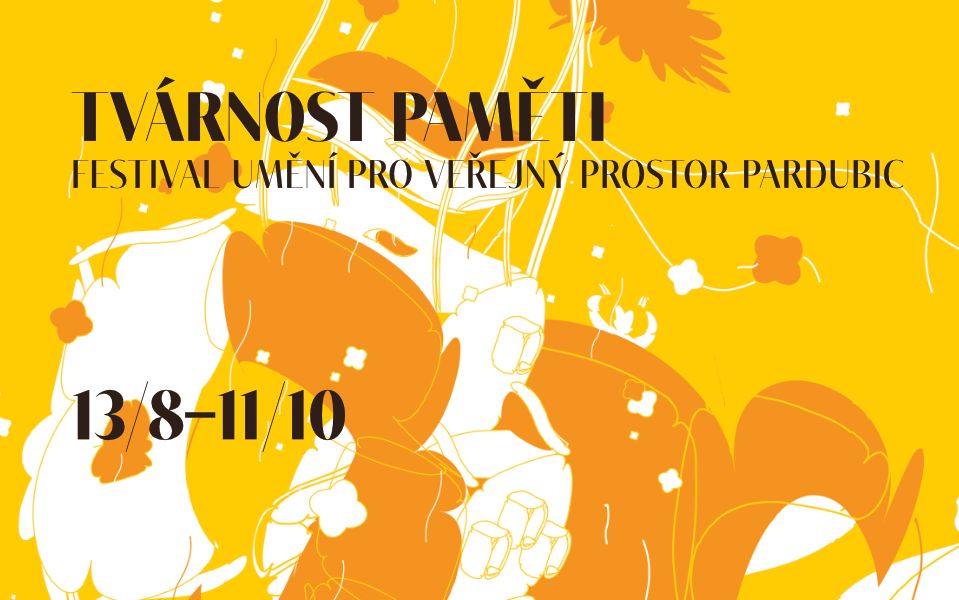 Memory, whether it be individual, collective, or linked to specific places and situations, is co-created by narratives transmitted both orally and in writing: through old wives’ tales, personal experiences, or things we only glimpse for a moment; things we read in fiction or academic texts, in the news or other media. A seemingly objective grasp of the past is influenced, to a greater or lesser degree, by the position of the narrator, by their subjective interpretation, and also by the social and political system, the context of the times, and so on. In other words, history is not written by grand figures and events; it is we, the people, who articulate the stories of our ancestors and their actions, assigning specific meanings to them.

From time to time, it is entirely appropriate to change the narrative – to bring attention to the fact that no historical event or personal experience is determined by a single narrative. Even a small tremor or a shift in the narrator can lead to unexpected awakenings – in the international context, these include themes such as colonialism and inequalities related to gender, race, and nationality.

We realise that art can be a significant agent of change in society, which is why we try to make our exhibitions and educational projects reflect current topics and support open debate, particularly on the local level. The second edition of our art festival in the public spaces of Pardubice, which opens on 13 August and lasts until 11 October 2020, aims to use the languages of art to bring attention to several locations in Pardubice whose stories are somewhat forgotten. The genius loci found at these sites inspired us and the invited artists, whose projects mediate or suggest a broader context, forgotten continuities, and possible futures for these locations.

Throughout the summer and early autumn, the series of temporary installations in public spaces will be complemented by live art events, walks, and happenings, which will aim both to mediate existing works and to activate further locations and topics surrounding the memory of the city and its architecture.

Andrea Sobotková (born 1994) graduated from the studio Intermedia 2, led by Pavla Sceránková and Dušan Zahoranský at AVU in Prague. Her work articulates the relationship between people and lived space, approaching the residua of architecture and the landscape, which are created through a transformation in use as a result of some form of deterioration – the erosion that follows brings with it a gradual transformation of the landscape. Given a need to explore the territories of more distant fields, she treats her themes with a particular precision, which, when mixed with purely personal gestures and chance, revises the position of the archaeologist, the performer, the observer, and the instigator of the event. She mostly works in the media of site-related installation, objects, and video.

Double Lunar Dogs* are objects situated above the surface of the Chrudimka River that allow for a temporary connection between the two banks of the river. By intersecting the horizontal, we follow the path of the original bridge, of which a few massive concrete pillars still remain. In the past, these served as a training ground for bridge-building – corridors of movement for the shifting of mass. Today, we can consider them points of orientation, landmarks, or lookout towers, remaining deep in the memory of the landscape. The surrounding trails lead under, around, and alongside them; they create connections in a living network of trampled-down footpaths and roads. Regular objects (Platonic universes) seem weightless, migrating slightly and knocking into one another. They are the hidden targets of the reflections of light, arrows, and the surrounding wilderness.

Comunite Fresca is composed of a trio of artists: Dana Balážová, Markéta Filipová, and Marie Štindlová. In form and content, they bring into the sphere of contemporary art the ancient technique of the fresco, i.e. painting onto wet plaster. They ascribe equal value to works for private apartments and houses, paintings in public space, or exhibitions in galleries. Over the course of the last four years, the collective has exhibited in various galleries, including PLATO in Ostrava, Galerie Mimochodem in Prague, and Galerie Měsíc ve dne in České Budějovice. All the members of the collective are also active as solo artists. In 2019, Comunite Fresca was nominated for the prestigious Jindřich Chalupecký Award.

Untitled (Brána borců). What’s known as Brána borců (The Gate of the Athletes) is the concrete shell roof of the Summer Stadium, designed by architects Karel Řepa and Ferdinand Potůček. In this piece, it becomes the site of a dialogue between the present and the past. With their original mural in wet plaster, the Comunite Fresca collective complements the original symbol, half a horse kicking a football (now considerably degraded by time), thus creating an imaginative landscape for Pardubice. All realisations by Comunite Fresca arise from a specific site, its atmosphere, intention, and architecture, as well as from the group’s experience of it.

Jan Dudešek (born 1946, CZ/CH) is a native of Pardubice. He moved to Switzerland in the 1960s and now divides his time between Pardubice and Zürich. His objects are always sensitively resonant to the sites where they are settled – both metaphorically and literally. They make use of the natural acoustics of these sites or make them vibrate intentionally.

Místo místa (The Site of Site). The artist’s installation is a reminiscence of a disappeared place in Pardubice and a homage to the engineer Jan Záhorský, the creator of the former hydroelectric power station on the Chrudimka River. The structure was not only a significant architectural element but also an acoustic feature. The work is a tribute to the roar of falling water, the winter scenery with its fairy-tale-like icicles, the children fishing in the whirlpools under the sluicegates… “When, thirty-four years after emigrating, I was given the opportunity to visit my homeland, free once again, the loss of this site made me lose confidence in my sense of orientation, and my belief in childhood memories, too. It wasn’t easy for me to understand that this spectacular structure had simply disappeared. This place greatly determined the transition to the old town, as well as the historical district’s relation to the Automatic Mills – a dignified substitute for the White Gate, long gone by then.”

Matouš Lipus (born 1987) is a graduate of the sculpture studio at UMPRUM in Prague (2015). His work is based on historical, generally figural models, from Romanesque and Gothic works to social civilism in modern sculpture of the mid-20th century. The artist uses references from the history of art in order to reinterpret traditional sculptural forms and connect them with current topics. He is interested in contemporary forms of sculpture in relation to public space and the possibilities of including sculptures in the design of architecture. He recently took part in the publication of the book Manuál Monumentu (Monument Manual, 2016), which focuses on the issue of creating contemporary monuments.

Přání (Wish). Miroslav Baše’s athlete statues represent a striking detail on the facade of the Gate of the Athletes at the functionalist Summer Stadium, designed by Karel Řepa and Ferdinand Potůček. Matouš Lipus first created precise imprints of these sculptural decorations in order to place the copies he made into different constellations. The copying and relocation activates our reading of the sculptures, alerting us to the current state of architecture and opening up a discussion on its future. “Through this paradoxical repetition and renewed exhibition, I am trying to ask whether contemporary society is able to read and work with the qualities of the architectural heritage of our recent past. How do we ascribe value and how do we manage it? What in our past do we wish to keep alive for our present; what are the priorities for the development of our society and coexistence in the civilisation we live in?”

Kjetil Detroit Kristensen (born 1981, NO) is a Norwegian artist who works in various fields, including installation, film, and performance. His long-term aim is to explore and erase the borders between art and everyday life. Kristensen is a graduate of the master’s programme in “Art and Public Space” at the Oslo Academy of the Arts. This course is a two-year research programme focused on contemporary art as a critical spatial practice offering a platform for new forms of social and political discourse. In his artistic practice, Kristensen works both in galleries and in public spaces, building bridges between the two and searching for intersections.

Eternally Lost, Forever Gained. The temporarily reshaped pier on the Labe River near the Na Špici Park becomes a monument, a place for alternative encounters and interactions. It becomes a ship that asks questions, absorbs narratives, and tries to retell them.

An exhibition-opening bike ride over the temporary installations in the public spaces of Pardubice. Bring your own bikes!

Architecture Day: The City on the Railway After Ten Years ~ WALK

Film and Architecture: What it Takes to Make a Home & Natura Urbana ~ SCREENING

TP-mapka-EN.pdf
Latest in the category